A question we’re often asked as a content marketing agency that is involved in publishing is: ‘are printed magazines sustainable?’

And, of course, it’s a natural question to ask: global warming causing natural disasters such as Australia’s bush fires and chilling images of young whales choking to death on plastic in David Attenborough’s Blue Planet have caused many people to wake up to the impact of human life on our planet.

Brands with print magazines need to ensure they're on the right side...

How do you think the forests are doing? Declining at a disastrous rate year on year?

A 2019 survey by Two Sides revealed 59% of European consumers believe European forests are shrinking. However, between 2005 and 2015 they actually grew by an area equivalent to 1,500 football pitches. Every. Single. Day. That’s equivalent to an area the size of Switzerland over the decade.

According to the WWF, the most common issues causing deforestation and severe forest degradation are: large and small-scale agriculture, unsustainable logging, mining, infrastructure projects, and increased fire incidence and intensity. Not the print industry.

This is mainly because the print industry uses certification schemes to ensure that paper comes from a sustainable source. The two most common are:

Seeing either of these certifications on a printed product is a reassurance that the paper comes from a sustainable source, so a printed brand magazine can be sustainable.

Making a magazine from recycled paper

Paper is also incredibly easy to recycle. Two Sides found that the European paper recycling rate is 72%, which is approaching the practical theoretical maximum recycling rate of 78%. There is a maximum rate because not all paper products can be recovered for recycling as they are either kept for long periods of time (such as books or record documents) or are destroyed or contaminated (such as tissues).

The ease of recycling in turn goes towards making new paper. Making a magazine from recycled paper is not difficult. It’s the norm. A fibre can be recycled several times, depending on the paper grade. In 2018, paper for recycling made up 53% of fibre used, compared to 47% virgin fibre.

There are several things publishers can do to make sure their printed products get recycled:

What’s the carbon footprint of a brand magazine?

But what about the manufacturing process? We know it takes approximately three thousand litres of water to product just one cotton shirt, plus several kilos of CO2. Surely nurturing all those trees to make paper and then running the machinery to create the sheets is disastrous for the planet?

The paper and printing sector is one of the lowest industrial emitters of greenhouse gases. In 2016, it accounted for less than 1% of all EU greenhouse gas emissions.

By contrast, the ICT industry accounts for around 2.5-3% of global greenhouse gas emissions and this is predicted to rise to 14% by 2040. A digital edition of a printed product on your phone or tablet is by no means more sustainable when you factor in the materials needed to make the device. In addition, many people upgrade to a new device every two years or so, and phones are not 100% recyclable.

Yes, it does take a lot of water to grow a forest. But, as Two Sides point out, intake does not equal consumption. 93% of the water used in the European paper industry is returned, having been reused within the mill before being suitably treated.

So, we’ve established that printed products are not bad for the environment after all, but why use them in 2020? With so much tech at our fingertips, surely the low production cost and easy measurability of digital is the way forward to achieve your marketing aims?

A worldwide study from Two Sides found consumers prefer to read the printed version of books (72%), magazines (72%) and newspapers/news (55%) over digital options.

Another survey across 13 European countries found the majority of people interacted with printed publications to some extent:

Our predictions for content trends in 2020 kept print in the forefront, alongside brand communities, the rise of influencers and partnership marketing.

If catering to the preferences of your audience wasn’t enough of a reason to use print in content marketing, evidence suggests it’s far more effective at communicating your marketing message, too. A Norwegian university found that students who read texts in print scored significantly better on a reading comprehension test than students who read the texts digitally. The uninterrupted time and attention a printed product demands means readers just take in more, including any sales messaging.

What’s interesting is that this pattern is seen across the generations, too.

The 2019 Ofcom News Consumption Survey found that magazines are the UK’s most trusted source of news across all generations. Even though they grew up with technology and are “obsessed with their phones”, the average millennial or member of Generation Z will still read magazines for about an hour every week.

In his book The Revenge of Analog: Real Things and Why They Matter, David Sax explains this trend:

"Because the millennial generation came of age with broadband, internet, smartphones and social media … they don’t view digital as special. Digital is like the air around them. There’s a uniqueness when someone presents them something in an analog format. They’re more willing to see the value and not to see it as antiquated.”

In the era of fake news, there’s also a trust issue around digital publications, even among those who grew up with the technology.

"Young consumers are very aware that magazine publishing doesn’t follow the same rules as social media and blogging, where speed trumps fact-checking, editing, and refining. All the necessary processes before something makes it into print,” found Reuters. “The good news for printed magazines is that their credibility has a halo effect on the magazines’ websites, which gives them an advantage over their digital-only competitors. People may be buying fewer magazines, but they still associate them with quality and reliability.’’

At Dialogue, we know from our multi-platform work with Harley-Davidson that the H.O.G. magazine plays a key role in engendering community, as well as creating a platform for further sales: 62% of H.O.G. members are inspired to attend an event, 26% inspired to test a new model and 35% inspired to engage with the brand.

Even brands that were founded solely in the digital sphere see the value of a printed publication for authenticity, trustworthiness and loyalty. Facebook, Uber, Airbnb, Google and Asos are just a few of the many digital brands that have turned to magazines to communicate with both employees and customers.

Discover how print fits in with the media mix in 2020.

One inescapably problematic factor of printed publications is their means of transmission. At Dialogue, many of our publications are posted directly to readers’ homes, which means they must be packaged.

Advanced Direct Mail gives a rundown of a few of the industry-standard options available:

Plastic polywrap: this is currently the most common type of magazine packaging. Low-density polyethylene (known as LDPE) polywrap is lightweight, robust and cost-effective. It’s also 100% recyclable. However, some household waste collections won’t take it, so it needs to be recycled at larger recycling points, such as those found at supermarkets.

Biodegradable starch-based film: also known as PLAs (polymers made from polylactic acid) are normally made from renewable sources, such as corn or potato starch. It has become hugely popular in recent years due to its green credentials. It is just as durable and can be printed on in just the same way as plastic polywrap. It can also be disposed of in home composting bins, food waste recycling or green bins (depending on local authorities). However, it’s not the cheapest wrapping solution. Environmentally-friendly magazine posting is, in this case, more expensive.

Our magazines for Countryside Alliance, Porsche Club GB, British Motorcyclists Federation, British Eventing and British Showjumping are all mailed out in potato-starch polywrap.

Paper enclosing: as detailed above, paper is a sustainable and renewable resource, which is 100% recyclable from kerbside collections by all local authorities. However, wrapping speed can be an issue with paper, particularly when third-party advertising inserts are included in a magazine as these can make the publication bulge.

‘Naked’ mailing: meaning mailing without any wrap, printing the address somewhere on the cover. This is probably the most environmentally friendly option, but means that magazines can’t include third-party advertising inserts – which has a financial impact – and means publications may arrive slightly damaged. People who receive a magazine as a member benefit may be disappointed if the item arrives damaged, not to mention how it might reflect on the brand.

Dickon Ross, editor-in-chief of Engineering & Technology magazine, recently summed up the pros and cons of the different types of wrap for InPublishing magazine. He suggested that although plastic polywrap is technically recyclable, it’s not usually by kerbside collections, so people have to take them to larger recycling points at supermarkets, which isn’t convenient.

He also cited a University of Plymouth study that found so-called biodegradable plastic was still able to hold items after years in the ground and months in the sea. And ‘compostable’ doesn’t necessarily mean it can go in home compost either, as many require industrial composting.

Dickon concluded that paper is the best magazine wrap. It’s easily recyclable, but also presents a large, printable area that can be used for attractive colour images and even advertising. And, as we’ve already explored, paper is sourced in an environmentally friendly way too.

Lots of companies are doing exciting things with printed products to make them more eco conscious. For example, Visual Media Conference recently sent out its marketing material in biodegradable envelopes, which contain seeds within the paper itself, so all you need to do is plant and water to enhance the greenery on your doorstep.

When asking ‘are printed magazines sustainable?’, the thing many people don’t realise about print is that it’s actually got great green credentials already. Any future innovations in this space will need to focus on further reducing the industry’s already low carbon footprint, but consumers should feel comfortable in the knowledge that enjoying their favourite magazine in a physical format is not damaging the environment. Just remember to recycle it when you’re finished.

Five things you should consider for a content translation strategy 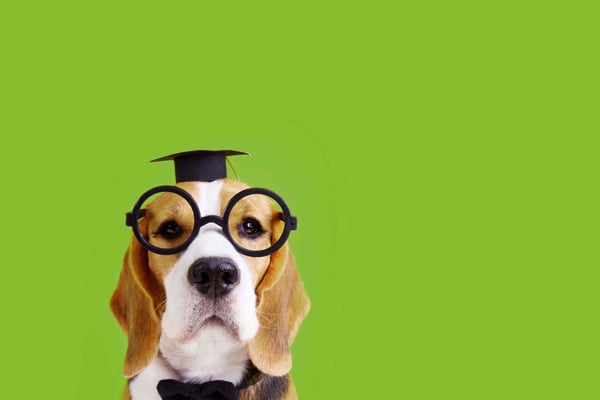 Points-based or reward schemes are the backbone of loyalty or customer retention, but with the...
Read more