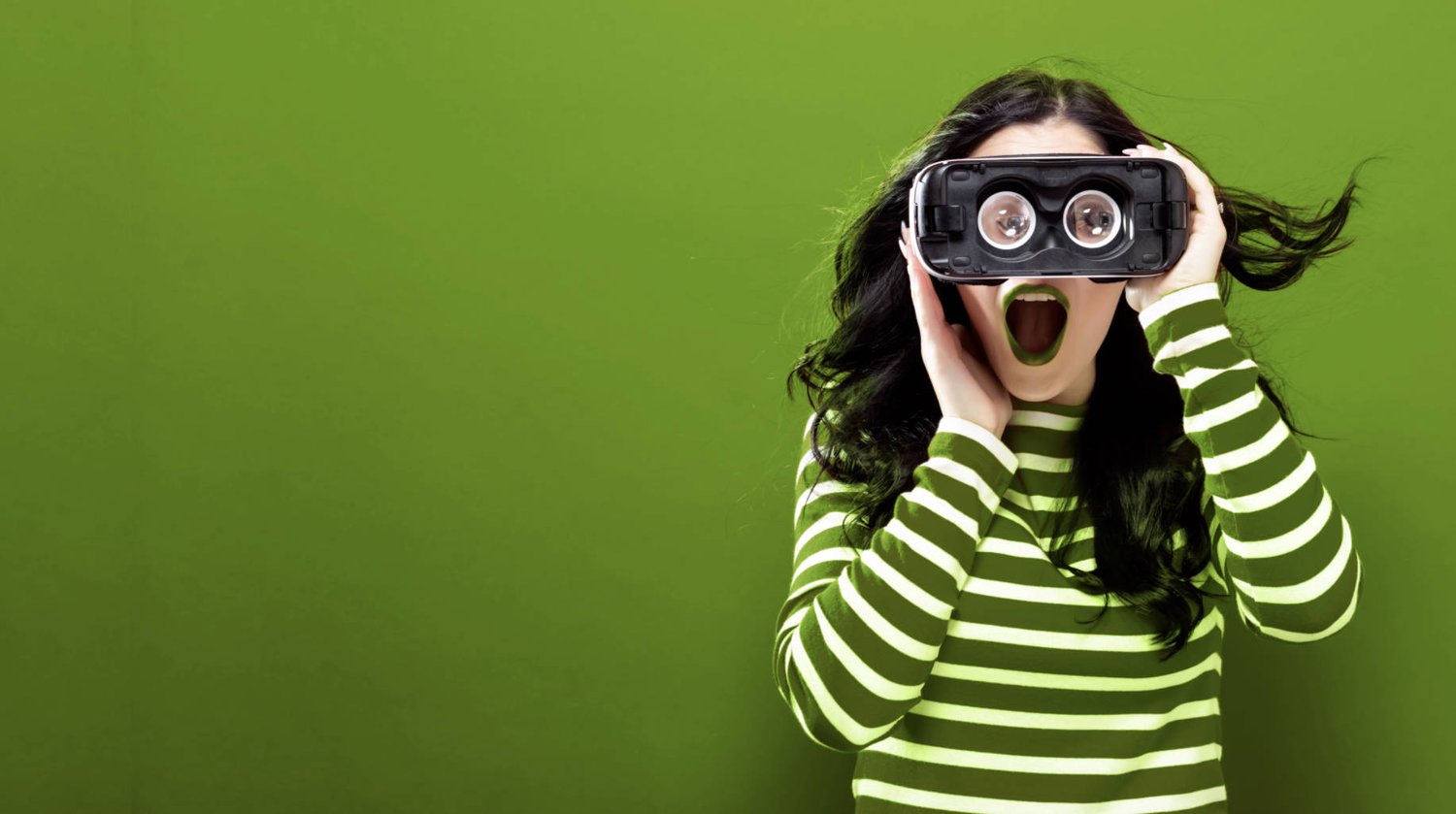 How should brands take advantage of AR and VR content?

It’s hardly a radical prediction now that AR and VR content will soon join the great toybox as part of your content marketing strategy alongside print, TV, social media and all the other serious media channels.

Inevitably, AR and VR will reshape content in their image, says Dialogue Content Production Editor Mike Waters, in the second part of our look into content marketing trends as to how new technology is driving and affecting content.

What’s the background to AR and VR?

The successful adoption of all technology happens on a bell curve. First comes basic research and development, because you’ve got to invent something before you can use it. Next comes the ascent – markets develop, hardware gets refined, momentum is built. Then comes true maturity and, in time, everything reaches its full potential. Finally, the inevitable decline kicks in as people move on. Rinse, repeat.

AR and VR technologies are both somewhere in the ascent stage right now. A fair comparison would perhaps be with the early mobile phones that were the size of a brick. Or, for anyone reading this who remembers the 1990s, 56k plug-and-play modems. Punchlines now, yes, but the potential for greater things was there. And they didn’t stay like that forever.

Today’s ascent will become maturity in the near future. When that happens, the audience will automatically expect – and demand – high-value content that’s in line with their interests.

But in certain areas, this is happening already. It is wise to start considering how this will affect your content strategy now and avoid getting caught out on a much less comfortable catastrophe curve later.

So we’d better get started.

What’s the difference between augmented reality and virtual reality?

In practical terms, they don’t share quite as much as their names imply – one isn’t just the lite version or the grown-up version of the other. They also have different requirements that have major implications for both hardware and content.

Virtual reality depends on immersion being as complete as possible. Would you believe you’re wandering through the jungle if you can hear a train carriage around you? This means the real world has to be completely closed off somehow for VR to work, limiting when, where and how it can be used. But, once you’re in, you’re all the way in. This makes content more difficult to both create and access, but of dramatically greater impact.

Augmented reality systems and content for an AR set-up, however, offer an upgrade to the real environment the user is automatically immersed in already. You’re not sensing something else; you’re sensing something more. This means content is easier – relatively speaking – to create, but it’s probably not going to have the user’s full attention. However, that’s hardly unfamiliar territory for brands and a situation that’s fairly straightforward to navigate.

Why is AR and VR content going to be important?

Trick question. AR and VR content already are important, but within specialist areas rather than in the mainstream. At the moment, that mostly means entertainment. Also, that dividing line between specialist and mainstream is getting increasingly blurry.

Let’s take one famous example. If the 752 million people who have downloaded the AR-based Pokémon Go were a country, they’d be the world’s third largest nation behind only China and India. And good luck catching all of them.

To prove that wasn’t a fluke, Snapchat Lenses are another AR success story and a third of the platform’s daily audience of 187 million people are joining the fun. More about Snapchat in a moment.

Piggybacking off the infrastructure and publicity this has bought AR means medical, military, aviation and even sporting applications are gradually becoming normal options within their fields. Google Glass was a bit of a misfire first time around, true, but that’s coming back for another try with the professional-oriented Google Glass Enterprise.

But what about VR? That’s tougher; it takes more hardware, so it has been stuck in the familiar ‘next big thing but not quite here’ purgatory for years as costs drop and capabilities improve. As a rough estimate, VR is a few years behind where AR is now but both hardware and content are nevertheless building momentum.

Put plainly, there just hasn’t been the breakthrough VR hardware equivalent of the iPhone or VR content killer app equivalent of Pokémon Go yet. Either, or ideally both, of those happening will probably be the decisive ignition points that set off a serious ascent.

What AR and VR means for brands is the $100 billion question, isn’t it? Come to think of it, that’s probably an understatement by at least one order of magnitude.

We’re seeing more success stories every week, and the automotive and retail sectors in particular are devoting serious attention and investment to AR and VR content. That means serious money is in the mix too. Market-foresight advisory firm ABI Research forecasts a cumulative automotive sector market value for AR alone of $5.5 billion by just 2022.

That makes a lot of sense: both the automotive and retail sectors have a long history of people trying a product out before they buy. It would be a genuine surprise if they did not think AR and VR content were worth exploring.

In the automotive sector alone, examples of AR and VR content are plentiful. Audi has “released an AR app which enables users to place photorealistic 3D models of Audi vehicles on a surface wherever you are located and resize it as you find fit” developed with Apple’s ARKit. Also taking the racing line, BMW and Snapchat have also joined forces to showcase both the former’s new X2 model and the latter’s augmented trial lens.

VR content is making its mark too and Lexus promoted their new model, the LS, with a VR campaign centred on a trio of well-received short films. Other marques such as Volvo (but its mighty parent company Geely’s other car brands won’t be far behind…), Jeep (ditto their parent Fiat Chrysler) and Hyundai (ditto their subsidiary Kia) are going down the same road to offer digital showroom experiences or even virtual test drives.

This is all leading to a reimagining of the automotive marketplace itself. In China, automotive brands are partnering successfully with ecommerce sites and opening virtual showrooms. According to consultancy Frost & Sullivan, one million vehicles were sold – $15 billion worth, all told – in 2016 alone.

As you may have seen elsewhere on this site, Alibaba’s Tmall B2C platform – where customers can pay deposits online and even enjoy extra discounts – is an early success story. BMW, Maserati, Chang’an Automobile Group and Chery Automobile have all already opened ‘storefronts’ there.

There are more examples like these every day, but the one thing they all have in common is that they are making AR and VR routine parts of the customer decision journey. The trend is clear; both brands and consumers are moving towards a post-dealership environment thanks to AR and VR content.

My prediction? In time, this approach will become so commonplace that brands that don’t offer such a service will be penalised by audiences. It’d be like not having a website in today’s environment; sending all the wrong signals for all the wrong reasons.

At the moment, brands are grappling with the gimmick problem. VR and AR might be interesting toys, the recurring refrain goes, but are they really helping? Are they a serious component of a marketing strategy, or are they a novelty?

The end user must always be kept in mind when creating AR and VR content – as you would with any other campaign – and enthusiasm shouldn’t get the better of anybody. IKEA’s Place AR app has navigated this issue successfully, and it allows the user to see what 2,000 items from their catalogue would really look like in their home before buying. You’re still on your own with wielding the Allen keys, though.

Hardware not yet being settled is another headache, and especially so for VR. This feels like something that will be sorted out once the market-defining hardware of VR gets invented the same way cars had the Ford Model T, but brands are in the inconvenient limbo of wondering when and where the lightning will strike. In the meantime, building flexibility into content would be a prudent precaution.

The best a brand can get

There are other issues for AR and VR content, but the one thing they have in common is that they all have or will have solutions sooner or later. None is ultimately impossible to deal with; they just might need a little more thought, patience, testing or good old-fashioned character-building hard work. That kind of investment now will pay dividends in the not-too-distant future, so have a go at it and don’t skimp.

As a final thought, there is one last lesson in the adoption bell curve that is relevant for AR and VR content: something has been truly accepted only when it is done without thought. In time, using both will be as natural as making a phone call, sending an email or glancing at a web page. Content must keep up with this. If you don’t, your competitors will.

The secret to success with AR and VR content is finding the best way to build them into how your audience will naturally think to look for or experience something. That’s not a technology issue; that’s a people issue – just like everything else to do with content.

Content marketing automation, AI and what it means for brands

How to make automotive SEO and content marketing work 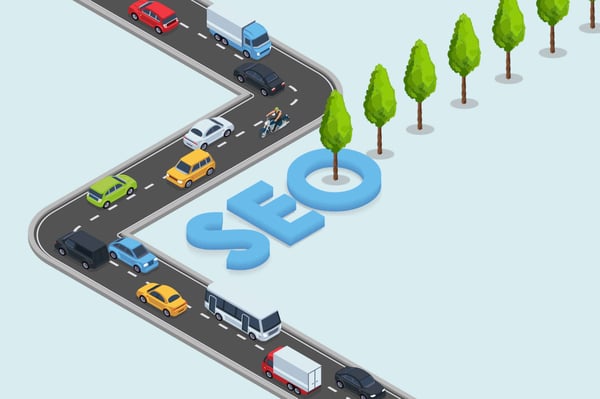 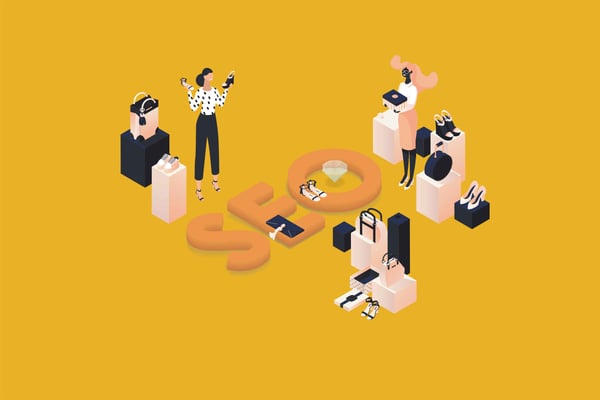 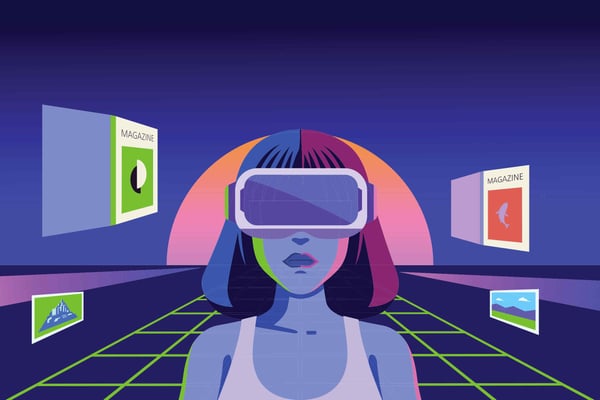 Publishing in the metaverse: is there a place for print media?

The continual advancement of technology has now brought us into the age of internet 3.0, of smart...
Read more